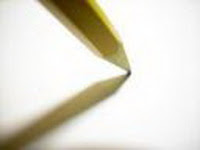 Speaking to The Brunei Times yesterday, this fourth year student taking Bachelor of Arts in Education was informed of this by his lecturers at UBD.

The event was celebrated at a blessing and thanksgiving ceremony held at Ali Termizzi's residence last night.

The ceremony, he said was actually held to launch and to introduce his anthology Sajak "Inilah Aku" to Kg Mulaut residents after it was launched at UBD recently.

At present his book is available at 10 foreign universities in Malaysia, Indonesia, Vietnam and UBD and at 35 local bookstores in the country.

"This is some of the best work that I have produced since my active participation in poetry writing. All the 27 poems are those that have been published and selected over the years," said Ali Termizzi.

These poems have been published in Pelita Brunei, Media Permata, Bahana to name a few.

Ali Termizzi's interest in poetry began during his years at Sayyidina Hassan Secondary School, where his former teacher motivated him to pursue poetry. Since then he has been participating in various writing and poetry competitions. Till now, he has written more than 300 poems.

Ali Termizzi with a pen name Ali Termizzi HR said he sees poetry just not only a way to utilise his free time, but it also helps him to express his views.

Poetry can make one more imaginative and farsighted, he said, adding that he was determined to make history by publishing his book at young age during his secondary school years.

Ali Termizzi said public support and encouragement by authorities concerned was a must for budding writers.

"Without good response no writer no matter how good he is can survive in the industry," he said.

Talking about his future plans, Ali Termizzi said he plans to come out with more poetry books.